I have come to expect very little of human beings, and I have never been disappointed by their performance in this respect.
– Trova Hellstrøm

Revolution. What is that? Change… okay. But to what end? For change’s sake? Really? Have you ever seen a revolution that really changed things? What happens after the revolution, if it is successful? All I see is the basic stages of human political endeavor repeating themselves: perversion, subversion, inversion, new version… of the same old shit. The new boss is the same as the old boss. I wonder who said that for the first time. Probably some stone-age man, thinking about just having had his ass kicked by the boss and his cronies again. The new boss. So, you see, things haven’t changed much for a damned long time. God help us all… oh, shit, I don’t believe in God, so what now…?! 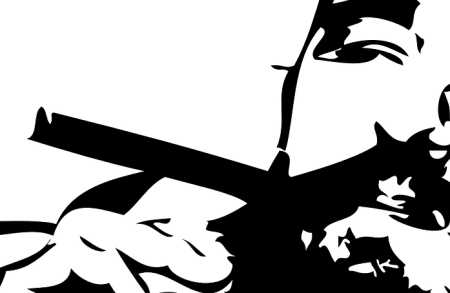 How do you define rock ’n’ roll? I define it as sex. Indeed, it was originally a slang word for the sexual act. The sexual act? Which one? There are so many possibilities…
Which begs the question: is sex about procreation, or about eroticism? You may argue that the one has nothing to do with the other, but I challenge you to substantiate your arguments to a most surprising degree, for you will find it very difficult to convince me that the two are not inseparably entwined in the human psyche. Even though I do not wish to produce further children (for heaven’s sake, I already have enough of the little rascals), I still want to make love.

I? I want to…? Or is it my body that wants to rock ’n’ roll? Gotta be careful there, because there are animal desires which control you, you little porcupine. Basic human needs that are genetically encoded so deep in our psyches that we can’t grasp them intellectually. The need to procreate. Never forget that humans are animals… spiny, squishy, crazy little animals. Perhaps part of our craziness lies in the need for more than simple procreation. In fact, I don’t even think we are alone in this, in the animal world. Plenty of animals show a need for more than the simple sexual act. So perhaps we are at least not the only crazy animals. Perhaps all animals are crazy. Perhaps life itself is just an insane anomaly.
Yeah, but now rock ’n’ roll is just a kind of music, which is pretty damned funny when you think of the original meaning.
Listening to Na Hui from Leningrad.

Haha. Poor pacifists. Great idea, if it wasn’t for the fact that humans are the way they are. And, the way humans are, the poor fucking pacifists will always get a slug in the face and go down, in the end. I mean, I like pacifists and all, but I know it will never work in the long run. I am a pacifist myself as long as you don’t try to fuck me over, at which point I will do my best to stop you, with violence if necessary. Basic human tendencies go against the grain of pacifism. One should not forget that humans are animals, and that one of the reasons humans have survived as a species is because they are aggressive.
Okay, I know I am apparently contradicting myself here, as I’ve already written about refusal to comply, which is, if you will, a form of passive resistance. So I’ll admit there are very strong forms of pacifism. But, if we look at the big picture, passive resistance has had little influence. 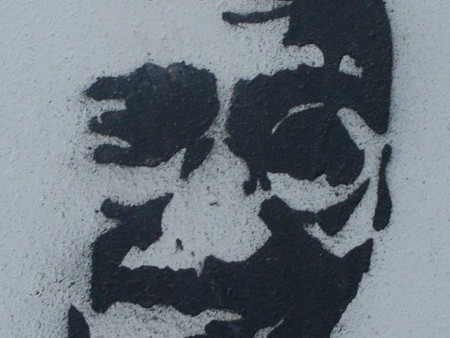 The problem with pacifism is that it only works when many people hold together and pull it through. But I ask myself, and I ask you: who can you rely on to pull that kind of thing through? Don’t forget: humans are individual animals… aggressive animals, devious, self-serving animals. Our evolution has favored aggressive behavior. We are talking about basic, genetically anchored tendencies here, tendencies that have helped us survive and spread.
Or am I wrong? Can you really see us crazy apes living together in peace? Can you really envision a time when not a single one of us will be thinking of how to fuck all the other apes over, just so he can live a little bit better than he is living now? I’m fine living the way I live, but there are always going to be some apes who aren’t satisfied, who want more, and see violence as a way of getting it.
Sometimes all it takes is an aggressive demeanor. From raising you arms, expanding your chest and yelling out your will to dominate, to raising your voice ever so slightly at a damned meaningless meeting… ways of getting your way. Wrong or right, the loudest will be heard. Overbearing assholes… but I have to admit that they get things done, and how they want, at that. How I hate those assholes. How I hate this dominant paradigm.
But, much as I’d love it to be true, you aren’t going to beat them with pacifism. Not in the long run. You’re going to have to fight.