Uuuhhm… no, I won’t. No billy (I dare you to find out the meaning of that). Another time, perhaps. 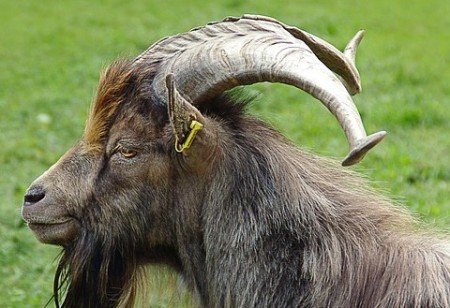 I don’t know about you, but I am a coward. I’ll cringe and whimper with the best of them, given the opportunity. Courageous fools to the fore is my motto, I’m fine right here, thank you very much. On the other hand, if I see someone else shitting his pants with fear in a situation where something has to be done now to save our asses, I am overcome with a sort of grim resignation, and, by God, I do what has to be done at risk of life and limb.
In those moments I am not in the least afraid. My legs stop trembling, my gut stops heaving, my mind is suddenly clear, and I just do it. Fuck the personal consequences. I don’t know if that is courage. Perhaps it’s more like: there is no other way out. Naked self-preservation. I sure as hell don’t do it with a singing heart, or anything upraising like that. Afterwards I feel good about myself, and condescend to the poor cowardly bastard who forced me to it, of course. That’s glory for you. Gotta take advantage when the opportunity offers, ain’t we now?

Is it the opposite of hatred? Hardly. I can love someone and hate them at the same time, I know that, I’ve experienced it. Are there different kinds, or do we only believe there are? Are there different “levels” of love? Different intensities, different “volumes”? Is love just an illusion? Is it chemical? Is it like a bolt of cloth dumped on the floor, long, twisted, but coming, at some point yet unseen, to an end? Or is it like the universe, ever expanding, until one loses sight of all relation to humanity and self? Or is it just stupid, blind, unconscious, blundering, dependent on luck; a luck so incredible and unlikely as to be utterly doomed were it not for stochastic probability? The stochastic which forces every impossibility to be probable to some extent? Is that what forces me to love what I hate? A victim of chance, and therefor of fate? For chance allows itself to be influenced just as little as fate, chance and fate are words for the same thing, the only difference being the perspective. We look forward and see chance, behind us we see fate. Unless we are disinclined to do so and allege that we wanted to do that. Is it this that makes people so fucking insensible and stupid? Because there is no continuity… there is always the present and all that will come. The past is often too painful. I’d rather not think about it, says the bleeding fearful fucked up human brain, wounded, reeling… pff, forget it, I’m just ranting.

Listening to From Russia With Love from the Skatalites. Now that is laid back. I hate jazz, fuck jazz and all the jazz bastards out there, I know you think you are so cool… but the jazz influence in the original Ska is undeniable, and I love it. It’s the kind of jazz you find in jive, and I can live with that any day.

How do you define rock ’n’ roll? I define it as sex. Indeed, it was originally a slang word for the sexual act. The sexual act? Which one? There are so many possibilities…
Which begs the question: is sex about procreation, or about eroticism? You may argue that the one has nothing to do with the other, but I challenge you to substantiate your arguments to a most surprising degree, for you will find it very difficult to convince me that the two are not inseparably entwined in the human psyche. Even though I do not wish to produce further children (for heaven’s sake, I already have enough of the little rascals), I still want to make love.

I? I want to…? Or is it my body that wants to rock ’n’ roll? Gotta be careful there, because there are animal desires which control you, you little porcupine. Basic human needs that are genetically encoded so deep in our psyches that we can’t grasp them intellectually. The need to procreate. Never forget that humans are animals… spiny, squishy, crazy little animals. Perhaps part of our craziness lies in the need for more than simple procreation. In fact, I don’t even think we are alone in this, in the animal world. Plenty of animals show a need for more than the simple sexual act. So perhaps we are at least not the only crazy animals. Perhaps all animals are crazy. Perhaps life itself is just an insane anomaly.
Yeah, but now rock ’n’ roll is just a kind of music, which is pretty damned funny when you think of the original meaning.
Listening to Na Hui from Leningrad.